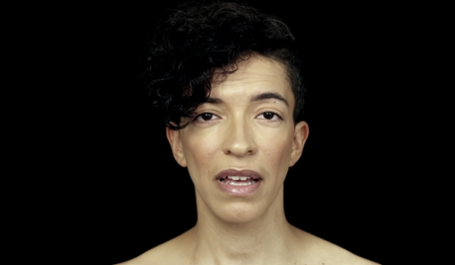 As the child of a German mother and an African-American father growing up in Berlin, the singer Celina Bostic learned early on to adapt to the expectations and norms of a majority society. As an optimistic and life-affirming musician, she found a fixed place in the German music scene as a back-up singer, arranger and guest singers on various albums and with various other musicians.  In 2014, she started her own solo career and founded her own label called Lagerfeuer-Records. Her most current work is motivated by her identity as a person of color in Germany and by the courage to address the unspoken.  The result is the single "Nie wieder leise", an empowering hymn for black people and people of color. The message is clear: it's time to be loud. Read more about Celina Bostic and listen to her song.

We have an exceptional teaching faculty, who make every effort to approach learning from a variety of angles to offer classes that are engaging and motivating, intellectually fulfilling, and, at the same time, broaden and deepen learning.
Learn More

Our faculty are engaged in a range of projects, many involving cross-disciplinary issues, such as critical theory, theories of reading, psychoanalysis, Jewish studies, the history of science, and the role of technology in learning and teaching in the field of Second Language Acquisition.
Learn More

We in the faculty of the Department of German at Northwestern University have responded with alarm and dismay to last week’s communications by the university leadership on the current protests in Evanston. The protests have focused on the problem of racist policing at Northwestern, but they also clearly address a larger history of social injustice, exclusion, and racialized violence, both at Northwestern and in society at large. We stand in solidarity with our colleagues and students, including NU Community Not Cops, in affirming our commitment to racial justice and to taking concrete measures towards anti-racist institutional transformation. We urge university leadership to swiftly, publicly, and decisively act to redress the legitimate grievances of student activists and to grasp the opportunity for our campus community to foster a climate of true listening and open, non-defensive exchange.