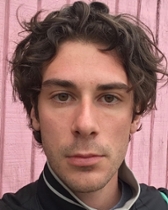 Theodore Laport received a B.A. in philosophy from Bard College, where he completed a thesis on the impact of secularization on Friedrich Nietzsche’s epistemology. His current research traces the ways that knowledge structures life in the modern research university, the Gymnasium, and the Bildungsroman. He is particularly focused on educational reform movements at the beginning of the 20th century that question traditional conceptions of knowledge transmission and theorize different media in which learning can be activated.

Aside from 19th and 20th century continental philosophy and critical theory, his research interests include travel writing, fairytales, and film studies (esp., early and silent cinema).