In 2017/18, we had 16 graduating German majors and minors. Nina Holl (WCAS; double majoring in German and Political Science ) is graduating with Honors from our department. Nina researched and wrote a Senior Thesis titled “ ‘We are Not an Immigration Country’: An Analysis of Debates about Migration in the German Bundestag, 1970-2004” under the superb guidance of Professor Stokes, Assistant Professor in the Department of History and Jan Behrs. Congratulations to all of our German majors and minors - we are very proud of their achievements.

Below, our students tell prospective students what mattered to them most in choosing to study German. You can also read about their career plans and personal dreams for the future. 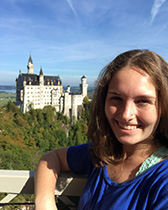 WCAS: German and Minor in Chemistry

For me, German is a means of understanding and connecting with people.  Learning German has allowed me to bridge differences in past and in culture with a shared language, which I experienced firsthand doing independent research in eastern Germany during my junior year.  I am so thankful that I studied German at Northwestern. It has been one of the most positive and shaping aspects of my time in college. The diverse range of course offerings allowed me to learn about German business, environmental issues, and architecture, to name a few. Being part of a smaller, tight-knit Department, I have formed wonderful connections with professors who have supported and encouraged me to apply for various programs and scholarships that have enriched my studies. This coming fall, I will be working as an intern in the healthcare committee in the Bundestag. Beyond that, I am planning to apply to medical school and am considering attending medical school in Germany thanks to my proficiency in the language. 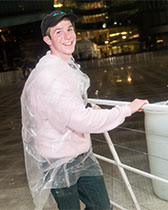 I studied German after a fantastic exchange program with a student from Leverkusen really got me excited about the language and culture. The German department at Northwestern has been an incredible asset for me throughout my time here. Not only were the classes interesting and informative, but the department itself was helpful in ways that I did not imagine. It helped find me an research opportunities in Germany. I got to get to know many of the professors well because of how tightly knit and friendly the department is. The German department has been one of the most helpful parts of my Northwestern career. 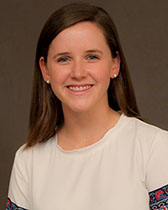 As a freshman, I began my German studies to fulfill my language requirement, but as I continued with the courses I found out how much I enjoyed learning about German history and culture as well. I found that the German classes complemented my other studies well and enjoyed the variety of classes offered by the German department. The professors were very knowledgeable and helpful with my learning, and I enjoyed attending every class. I hope to use my German skills to hopefully work in Germany or with German offices in my field. I hope to visit Germany and Austria in the coming years, and know that my German background will help me in whatever I pursue later in life. My German minor has afforded me the ability to learn and think in a new way and I am thankful for all that I have learned as a result. 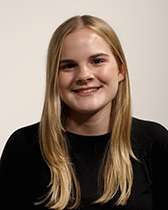 I began learning German at a young age while visiting family in Germany, but my decision to study German at Northwestern was driven by my interest in German literature, history, and philosophy. My experience as a German major has been wonderful. I have had the chance to work with incredible faculty members and spend time learning abroad. I spent the Fall Quarter of my junior year studying in Freiburg and also conducted a research project in Berlin in the spring of that same year as part of a seminar in the German department. The interdisciplinary opportunities in the Department have allowed me to explore my interest in the history of German immigration policy, and I recently completed a senior thesis on that subject. Next year, I will go to Germany on a Fulbright research scholarship to study entrepreneurial activity among migrants and refugees in Berlin. 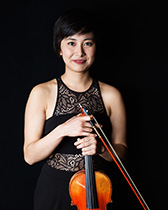 Studying German at Northwestern was a very special and formative part of my undergraduate experience - it not only satisfied my passion for learning but also gave me the tools I needed to combine my seemingly unrelated dual degree with violin performance: in my year of study abroad, I played with several different ensembles in Munich and communicated with my violin teacher solely in German. Language for me has always been not only a mere tool of but also a key that has opened doors to new places and people; speaking someone's language is a gesture of connection that has been essential to my development as a musician and human being. The German department has a unique atmosphere of support and warmth without which I could not have seen my dual-degree to the end, and for I will be forever grateful. 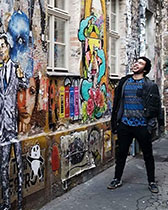 Coming into Northwestern as a mathematics and physics/astronomy major, I wanted to become fluent in German in order to one day be able to learn German engineering. After eventually switching my major to sociology, I decided to continue my studies in German regardless since I loved the German department at Northwestern, and because it opened up pathways that I would never have been able to imagine. Learning me to live in Munich for a year during my third year of university, and showed me how languages open up new worlds when talking to people in their native language. My sociology and German double major has guided me to have a more global and has given me the confidence to pursue my goals abroad. I am grateful to all in the German department for all the help and guidance they have provided in both my academic and non-academic endeavors. 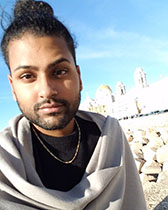 Environmental Science. However, I quickly realized that majoring in Environmental Science meant doing research, therefore I shifted my focus to something more general. I chose to major in German because of Germany's emerging Green Market. Using my German skills I hope to make an impact in renewable energy and Green Markets. Everyone in the German department has been extremely kind and helpful in my time at Northwestern. 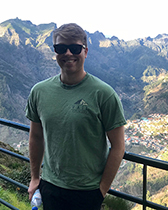 I originally started studying German in high school to speak the language with my grandparents who both grew up in southern Germany. My academic pursuit of the German language expanded my love for the German culture and solidified my decision to study abroad in Germany during my time at Northwestern. I spent three months studying and living in Berlin during my junior year. I plan to use my knowledge of German culture and government in my public policy and political work. My language skills will always keep me close to my family and grandparents. 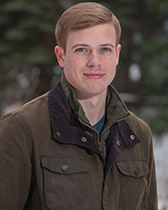 I initially wanted to study German to be able to study abroad on the “Finding Nano Program” in Munich. When I was a freshman at Northwestern, I had not taken German, so I enrolled in the intensive summer course offered by the department. I decided to take classes throughout the following year as well. Eventually, I went to Munich to study and had a great time in Germany. After I came back, I decided that I would like to continue studying German, as I had such a positive experience with the department. Then, senior Fall, I decided to head back to Europe, this time to study Computer Science at ETH Zurich. In the future, I may decide to head back over to work in Europe, but as of right now, I have no immediate plans to head back. The German Department at Northwestern has been incredibly helpful through my journey as a student, and I am very thankful to all my Professors. I can honestly say every experience was positive. 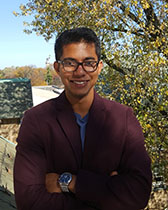 I had taken German in high school and completed my language requirement quickly when I arrived NU. I thought I was done with language but my good friend Devesh Singh was taking German classes and he got me back in the program. I enjoy learning languages. I can fluently speak English, Bengali, and German. I am currently learning Hindi and I have knowledge of Mandarin Chinese. Learning languages is stimulating and it is something I hope to do for the rest of my life. I see myself doing a lot of work internationally and language is vital in bridging cultures and making connections. 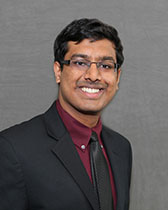 I originally chose to study German in high school because it was a unique offering with a great teacher at my high school. After four years of high school German, I became determined not only to improve my mastery of the language but also to further explore my interest in German culture. Northwestern's German department has been incredibly helpful in making sure that I'm always able to fit in the classes I needed. Furthermore, I loved the dual emphasis on culture and language skills that the department takes. Besides my bi-annual trips to Germany, I hope to be able to spend some time working in Germany or at least working with a German company. 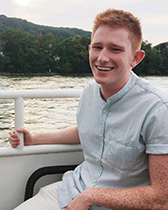 I decided to take German because I had to fulfill a theme requirement for my McCormick major and I had always wanted to learn the language. I fell in love with German because learning a new language stimulated my brain in ways no other class could. I presented on art history, made a movie about road trips, and researched the military industrial complex of Germany. In Business German, I also learned about business practices that will be helpful when I start working. Though I am not moving to Germany next year, I hope it will aid me and help assist my future career and expand my opportunities. 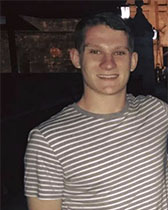 WCAS: Psychology and Minor in German

came to Northwestern looking to expand upon my German skills - a goal I certainly achieved throughout my four years here. My experiences with the German Department were nothing short of phenomenal. The coursework is interesting, thought-provoking and vast, delivered by incredible professors, who really care about their students. My German minor not only increased my language but also vastly expanded my cross-cultural competency.  I plan to make use of these skills upon when I will be joining a multinational bank. 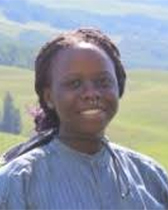 Throughout high school and middle I had amazing teachers that inspired me to see the joy and worth that comes with studying German. Studying a new language challenged me in a way that I would have otherwise never experienced and put me in contact with a culture that I would have never thought twice about. Then, having the opportunity to work in Germany through DAAD Rise further cemented my love of the language. In the future, I hope to keep up my German and find more opportunities to visit Germany. 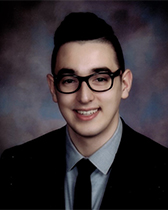 I studied German at Northwestern for multiple reasons: I sought to learn about not only the but also the German culture. This desire to learn influenced my decision to immerse myself in German culture while studying abroad in Freiburg, Germany. Learning German at Northwestern was a wonderful experience. The department is helpful in teaching students the language; however, more importantly, the department cares about its students and wants them to connect with the language and culture. This approach stimulates interest and encourages engaged learning. The offered classes covered a broad range of interesting topics. I plan to hopefully take my German language and business skills to the , as earning a German business minor has given me more perspective into the business world and the global economy in general. I am thankful for the opportunities the German Department provided to broaden my horizons and discover a newfound appreciation of the German language, culture, and economy.
Back to top