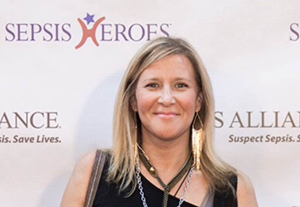 How has German been valuable in your professional and/or personal life?
As with any door in life, some doors open into possibilities and experiences, understanding and appreciation, challenges and lessons about life that you can not imagine unless you step into the unknown.  German for me was such a door - to a whole new world of being, thinking, feeling, and experiencing life.  I've used it both personally and professionally over the course of my life, and there have been times when my knowledge of German was the make or break for certain situations, and I have been able to tread where others could not as a result. That makes it a gift, to know.

What advice would you give an undergraduate with a German major or minor?
You have to follow your heart by that which inspires you in life. Your creativity is your fire, and will always sustain you. You also have to use your common sense and think about the future and what tools you will need to get where you want to go, and get you THROUGH where you want to go.  Your life will take you on a long and winding path to ultimately find yourself. Choose wisely. Explore. Have fun.  Go deep. Don't be one of those who doesn't spend hours in the language lab. Go sit.  You have this opportunity here to really put yourself in someone else's shoes, in someone else's voice, in someone else's world.   From there, you'll get a better picture of your own world, your own self.  Most of all, be open to the experience, be persistent with yourself. Don't give up learning. Perhaps more now than ever, we need bridges of empathy and understanding through language - so those who can break language barriers where others are not able to are the key to the bright future we all want to have - and as students of German, you are utterly critical links to connecting us all. If you don't invest yourself fully in what you're learning, you will never get out of it what you are meant to see, feel, and understand and share about the world. 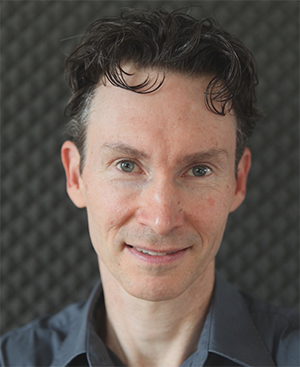 How has German been valuable in your professional and/or personal life?
German language skills and cultural awareness offered me a valuable geographic and career option seven years after my NU graduation.   When I graduated from business school (MBA) in 1998, rather than accepting a job offer on Wall St., I chose to move to Europe to work for a leading private equity investor, CVC Capital Partners.  They had just raised their second fund and were seeking financial executives with both leveraged buyout experience and German language skills.  It was an amazing opportunity.  I had not — could not possibly have — planned this career path, but when the door opened, I walked through and never looked back.

What advice would you give an undergraduate with a German major or minor?
Patience.  You may or may not recognize the value of the German skills immediately after graduation.   That’s okay.  In my case, I majored in German purely out of enjoyment of the subject matter, not as part of any career plan.  For the first seven years after graduation, I did not use German.  It was only upon graduation from business school that the benefit became apparent.  The decision to work in Germany changed my life and I have been very happily residing in Frankfurt for over sixteen years now. The German Studies major exposed me to a wonderful range of amazing writers, from Goethe and Schiller to Thomas Mann, Wolfgang Borchert, and, my personal favorite, Hermann Hesse.  I believe that everything we read influences us.  It certainly influences our writing.  After writing short stories off and on over the years, I recently wrote my first script and — to my astonishment — earlier this year it was filmed and produced by a great team led by German director Josh Krull.  ’The Sands of Summer Past' will debut at the Berlinale film festival in February 2017.

How has German been valuable in your professional and/or personal life?
First position upon graduation was with UBM Consulting GmbH. I used my German on a daily basis working with the office in Germany.  I was also staffed on a project in Switzerland. The firm was acquired by Mercer Management Consulting (now Oliver Wyman).  Now I use German in my personal life.

What advice would you give an undergraduate with a German major or minor?
Determine how you would like to apply your German knowledge.  Do you want to employ your knowledge on a personal or professional level?  Do you want to work for a German company in the U.S., an American company in Germany, a company in the U.S. which does business with Germany, as a translator, in the teaching profession?  Then focus your search on the area you are most interested in. 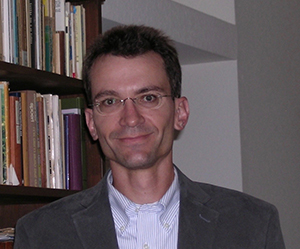 How has German been valuable in your professional and/or personal life?
I am able to consult primary sources in German, conduct research at German archives, and communicate with my peers in Germany.

What advice would you give an undergraduate with a German major or minor?
Maintain contact with your peers and professors in the German department, study abroad and establish a network in Germany, cultivate further skill sets in addition to German language skills (digital humanities, administration, service), and participate in local Goethe Institute events to meet like-minded individuals. 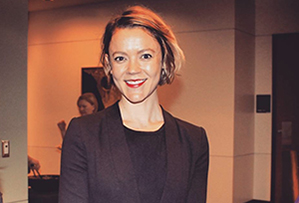 How has German been valuable in your professional and/or personal life?
I learned to think critically and to write while studying German at Northwestern.  Living abroad during and after college changed the way I live at home.  I didn't know what I wanted to do when I "grew up" but German was a common thread throughout all my internships and jobs, which have all led to a place where I'm doing exactly what I always wanted (and never knew I wanted) to do!

What advice would you give an undergraduate with a German major or minor?
Study abroad! Tap into the resources available in Germany to learn German and do research in your field. Attend Kaffeestunde! 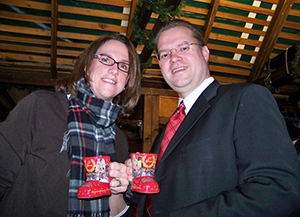 How has German been valuable in your professional and/or personal life?
In the 70 year history of the GACCs in the USA, I am the first non-German to be President of a GACC, and only one of 3 in the worldwide network (130 offices in 90 countries).  That wouldn’t have been possible without German language skills.

What advice would you give an undergraduate with a German major or minor?
Make sure your professional/educational profile includes German with something else.  The “something else” will get you considered for a job in your field, and German will be what sets you apart from other candidates.