Congratulations to all of our German majors and minors who graduated in June 2019. We recognize how challenging it is to learn a foreign language and are very proud of their achievements.  Below, our students tell prospective students why they studied German and what mattered to them most in choosing this path. You can also read about their career plans and personal dreams for the future. 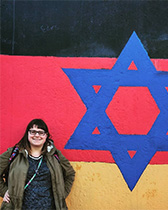 Studying German came about from my childhood studies of World War II, following the passing of my grandfather, a US Army veteran, and my grandmother, his British war bride. After four years in high school, I knew that I wanted to continue my studies at Northwestern. What has followed can only be described as the highlight of my undergraduate career. From traveling abroad for the first time as part of the Notunterkunft cohort my sophomore year to completing my senior honors thesis in the department, I have always felt loved, supported, and like part of a family. The department has given me so many amazing mentors, friends, and experiences that I will never forget. Upon graduating, I plan to join a group in Chicago, read the entire Harry Potter series " Deutsch," and continue to perform archival research with original German documents. 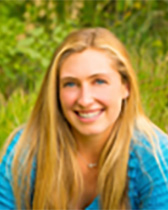 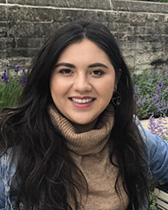 I have studied German since I was 8 years old, taking private lessons in Mexico City. I have family in Göttingen, Germany and my aunt is a professor at the Georg-August Universität, which is why I began studying the language. Since then, I have fallen in love with German literature, having written my thesis on Kafka’s Die Verwandlung but also loving his novel Der Verschollene and short stories like “The Hunger Artist” or “Die Sorge des Hausvaters”. I have taken various German film classes as well and love German expressionist films like M, Metropolis and the Cabinet of Dr. Caligari. I have also embroidered several iterations of beetles as an homage to Gregor Samsa from Die Verwandlung. German culture and art constantly surround me in my daily life. I have found comfort in the German department, encountering many wonderful and compassionate professors that have been mentors, role models and vital resources for me. After I hope to take a year off and go to Germany and live there for at least 3 months to perfect my German. Then, I plan on pursuing a in Comparative Literature and having German and/or Spanish as my focus areas within my literary studies. 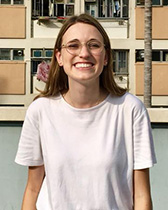 I studied German at NU because I began in middle school and wanted to become fluent. I am so thankful to have been a part of Northwestern’s German Department! Thanks to guidance and opportunities through the department, I traveled to Munich after Freshman year, to Berlin during sophomore year, and to Freiberg during senior year and received some sort of grant or scholarship for each one of these trips! So thankful for all I have learned about how to better understand people from different places, and I hope to keep German in my pocket as I continue to study more languages, as I have learned how knowing a person’s language opens so many doors. 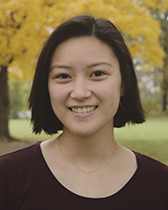 When I came to Northwestern, I wanted a change of pace in terms of language learning; I had already studied French for five years in middle/high school, so I decided to enroll in German. Now, after four years at Northwestern, I’ve spent a year abroad in Freiburg, Germany and added German as my second major. I found a community that has been nothing but supportive, encouraging, and welcoming and I will forever be grateful for that. The German Department has been so influential in my life that after graduation, I will be starting a master’s program to become a German teacher! 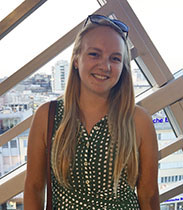 I am a double-major in German and RTVF. I began studying German in high school to learn a second language and to be able to converse with my German relatives. I deeply enjoyed continuing to learn the language and explore topics from art to film to history with the wonderful professors in the German department at Northwestern. I also had the opportunity to study abroad in and loved every moment spent exploring one of the most exciting, vibrant cities in the world. I plan to continue practicing my German language skills after graduation and hopefully have the opportunity one day to work abroad in Germany! 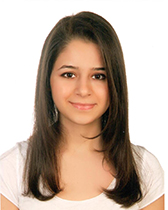 Coming from a German high school background and studying Economics at Northwestern, I thought the Business in German minor would be a perfect opportunity for me to keep up my language skills while complementing my field of study. The faculty at the German department here has been very enthusiastic about teaching, which made the classes I took more interactive and interesting. I have learned very useful vocabulary and am looking forward to putting those in use in my career as I move back to Europe. 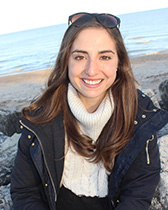 I began studying my freshman year at Northwestern. I had no prior experience with the language but wanted to explore a topic that was completely new to me and one that would allow me to study abroad. While I’ve enjoyed learning the German language itself and studying in both Germany and Austria, it was the faculty in the German department that pushed me to continue my studies and graduate with a minor. Without their support, my German skills would not be nearly as strong as they are today.  After graduation, I would love to work abroad for a year or two in Germany. Immediately after graduation, though, I will be moving to New York and I hope I can connect with the community in that city to continue learning! 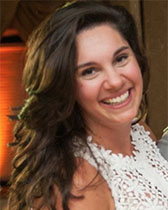 I am so honored to have been a part of the German Department at Northwestern! I was Homecoming Wildcat in the Fall of 2019 and along with wearing a tiara while we beat Nebraska, going to Berlin thanks to the German Department was the best experience I had at Northwestern. Thanks to a very generous fellowship, I was able to travel to Berlin during break of my sophomore year in order to conduct research with Syrian refugee doctors living in Germany. It was an incredible piece of journalism I explored with one of my best friends, Sarah Dinegar, along with the assistance of Franziska Lys and Jan Behrs. I could never have imagined what an impact that have on my life. After speaking with a neurologist, pediatrician, and surgeon all trying to re-enter the medical field in a foreign country they now called home, I began to realize one of my passions lies in telling the stories of powerful individuals in medicine and science.  With that in mind, I am so fortunate to be taking the next year to get a Masters in Journalism at Medill in the Healthcare, Environment, and Science specialization. Thanks to my German language skills, I anticipate back to Germany or Austria in my fourth quarter as a Masters student to uncover some of the benefits of their healthcare systems compared to the United States. Such a global endeavor would not be possible if not for the unparalleled support of my German professors hear at Northwestern. Thanks to the creativity of Ingrid Zeller, I can confidently discuss architecture in German or English while Johannes Paluch made it possible for me to read through a German newspaper with gusto. Being a German student at Northwestern is without a doubt one of the greatest opportunities I seized in my four years and would recommend that anyone with even an ounce of interest in the language or the culture follows suit! 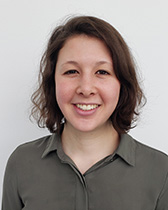 I studied German at Northwestern because I value learning a second language and wanted to improve my German fluency from what I had learned in high school. For the first time, I had the opportunity to not only learn but also take a variety of classes in which I got reading German literature and study German film. Next year, I will be living in Saarland, Germany, with a Fulbright Scholarship to teach English at a school to students from minority and immigrant backgrounds. I am excited to translate my classroom German into experiences, in which I can give students in Germany the same opportunity I had to learn another language.