Congratulations to all of our German majors and minors who graduated in June 2020. This year has been particularly challenging for learning a foreign language - when, in March you all had to suddenly switch to online presentations and learning.  We are very proud of our graduates wo have continued to be involved despite all of the difficulties. Below, our students tell prospective students why they studied German and what mattered to them most in choosing this path. You can also read about their career plans and personal dreams for the future. 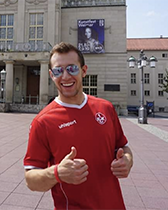 I started studying German almost 8 years ago because my best friend’s mom was the German teacher at my middle school. Since then, this whimsical decision to start learning a language based only on who my middle school teacher would be has turned out to be one of the most impactful decisions of my life. Now, as a student about to graduate with a major in German, I am incredibly grateful for the people, particularly the Northwestern German faculty, who have helped me along on this journey. Because of their advice, and with their help, I will be using my German skills next year as I teach English in Austria through Fulbright’s USTA program. I don’t know if I will ultimately end up staying in the field of language, but regardless, I plan to continue my study of German for the rest of my life. 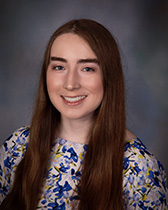 The German department afforded me the ability to make some of my most cherished memories during my time at NU. Whether I was engaged in tantalizing conversations with classmates, walking onto the third floor of Kresge to a kind and enthusiastic greeting from a beloved professor, or planning an exciting and enriching event with the GUAB, I knew that the German department was always there to support and uplift me. They were one of the earliest departments I had contact with at NU and my biggest cheerleaders during my time here. Being a German major has opened so many doors for me in ways that I could never have imagined. Most notably, during my freshman year, Professor Lys invited me to take part in the research seminar she conducted. From my project on prenatal care for Syrian refugees in Berlin, I developed my research passion and career focus: maternal health. This experience not only helped me discover my career interest, but also helped me find opportunities to continue on in maternal health research at Northwestern. In the short term, I am excited to continue my relationship with the German language through a teaching assistantship in Austrian in the upcoming academic year. I know even beyond this time, the memories and skills I have gained through my time with the German Department will stay with me and guide me. 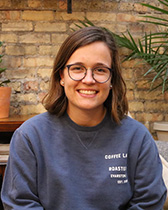 As a German-American woman with family still in Germany and a father who speaks German as his first language, I have always wanted to learn the language of my family. Studying German at Northwestern was the perfect opportunity! I am blown away by how much I learned after the first year or two, let alone throughout the major. I feel confident reading, writing, and speaking German, about topics like the weather or Kafka’s literature. I plan to use my German skills to further my education, and hope to earn a graduate degree in religion or theology from a German university. Additionally, I plan to enjoy many conversations with my grandparents, my cousins and my dad to make up for so many years I couldn’t speak the language. Thank you to the Northwestern Department of German for providing this opportunity! 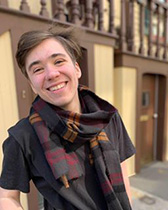 I started learning German when I was 14, drawn to my high school’s German program mostly due to the unique opportunities my school had for German students to go abroad. Continuing to study German at Northwestern has enriched not only my understanding of the German language, but of German history and contemporary German politics. My German major has complimented my philosophy major by enabling me to engage with theory in the language and cultural context in which it was originally written. The faculty in the German department have been helpful and supportive, and I’ve had the opportunity to take many challenging and interesting courses, as well as the incredible opportunity to spend a summer in Berlin. While I stumbled into learning German almost by accident about eight years ago, I’m grateful I’ve had the opportunity to continue learning for so long and engage with the language at such a high level. I’m taking a year or two off from school to work in Chicago, however, I hope to keep my study of German culture and language as a central feature of what I decide to pursue in the future. 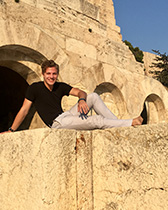 I studied German at Northwestern not only because I am fascinated with the culture, but, as a classical singer, I saw German Studies as a way to understand what I was communicating in the music I sang and a perspective into the culture where much of this music originated. I have always enjoyed learning languages, but having the opportunity to learn German and proceed to use my language skills while studying abroad in Vienna, I felt I was able to have a more enriching experiencing studying German language and culture in a German-speaking country. Being able to learn about German history, music, literature, and art in the classroom is fascinating, but being able to experience these areas of study while studying abroad brought a completely new perspective and application to my German reading, writing and speaking skills that I have honed while at Northwestern. 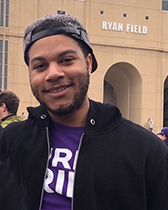 I chose to major in German because I've always had a connection to the culture, but I never had the opportunity to explore past the surface level. Luckily, the Northwestern German department has some of the most inspiring, helpful, and charismatic professors that I've encountered over the years. My ultimate goal would be to live in Germany and fully immerse myself, potentially for life. Until then, I plan to use my language skills within the healthcare field, in order to better connect with the variety of patients that I will undoubtedly come across. 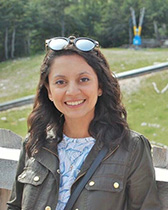 |  I started taking German in high school and was excited to continue at Northwestern, as I hoped to spend some time working in Germany. All my professors were very supportive, and my classes were engaging and fun. I loved that the German department was always about learning and being comfortable making mistakes in the pursuit of that learning, as opposed to the focus on individual homework assignments and grades in many of my other classes. I was able to spend a summer working for a biotechnology company in Munich, and that experience has shaped many of my interests and career goals. I hope to spend some more time in Munich in the time I take off before medical school to experience it having completed my German minor. 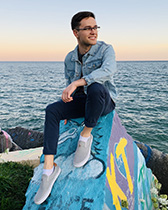 I studied German because Germany is on the forefront of scientific and economic development - business German has given me the tools to have a leg up when I start my own business in the renewable energy sector. The breadth of classes in the department in addition to the depth that the business German courses offer gave me a lot of vocabulary and insight into unexpected cultural differences. I was especially grateful for the opportunity to study sustainability in Germany and tie together my future goals. 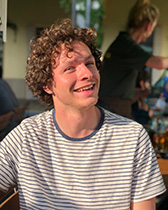 While I had taken some German classes before at Northwestern, I began to study German seriously in my junior year when I realized just how much of music research is written in German with poor or no English translation available. Initially, this allowed me to break down the barriers that stood in intellectual paths I was already on, but gradually, the study of German language and culture opened up entirely new paths—I can’t imagine where I would be today without The Bauhaus, Frankfurt School, Schiller, and Brecht. Moreover, the German Department has been unbelievably supportive of all my pursuits, providing me with the opportunity to study abroad in Berlin. I am also thankful for the strong community that is fostered here. I plan to take a year off from school to work and apply to graduate programs in music composition in the fall. I am certain I will use my German language skills in my research, continue to read literature in German, perhaps even applying to master’s programs in Germany. 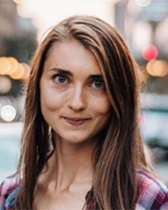 I graduated from Northwestern University with a Bachelor of Science in Biomedical Engineering in March of 2020. Ever since I got to pursue a research project during my junior year of high school, I knew I wanted to dedicate my life to lab work. I have a total of about three years of experience working in microbiology labs, not counting lab courses associated with my undergraduate curriculum. A highlight was my work as an intern at the University of Kaiserslautern in Germany during the summer 2018 where I researched the phycoerythrobilin (PEB) chromophore in the light harvesting complexes of cyanobacteria and red algae. I performed experiments with shaking flasks, bioreactors, and standard Petri dish culturing. I truly cannot wait to get back in a lab and get to advance my skills and the field as best as I can. (Info from Linkedin) 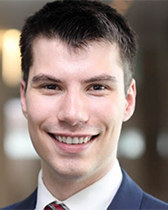 I am a senior at Northwestern University with a focus on economics and international studies and I serve on the Executive Board of the Gamma Chapter of Alpha Kappa Psi. I have gained work and cultural experiences through five international internships in dynamic and fast-paced environments in the USA, in Asia and in Europe. (Info from Linkedin)