In June 2022, 13 of our students graduated with either a German major or minor.  Special mention goes to our German Major Mackenzie Gentz who won several awards for her excellent work in German:  She graduated with German Honors for a Senior thesis she wrote under the guidance of Professor Jörg Kreienbrock. She received a Fulbright Teaching Assistantship for Austria and a two-year DAAD scholarship to study in Heidelberg. She also received the Geza von Molnar German Achievement Award for an essay titled „Unglücksrabe": Die Problematisierung des Schicksals in „Der falsche Inder“ von Abbas Khider.  In 2021, she was chosen to be junior Electee for Phi Beta Kappa an honor that is extended to only 22 of the nearly 1,000 members of the WCAS junior class. And she was the 2021 recipient of the Circumnavigator travel grant.  Other German majors in the news: Christopher Mazurek was also chosen to be junior Electee for Phi Beta Kappa and Jessa Shortridge received a Fulbright grant to teach English as a second language in Germany. Congratulations to all of our German majors and minors - we are very proud of their achievements.  Below, our students tell prospective students what mattered to them most in choosing to study German. You can also read about their career plans and personal dreams for the future. 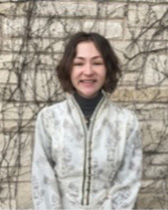 I used to tell people that I found German by accident. My parents—one Norwegian and the other Korean—did not want to compete for which heritage language I would choose to learn, so I chose a language I had always liked but never studied. Over the years, puzzle pieces arose, which fill in more background for why I chose German. They include: my mysterious German last name, which comes from neither of my parents; the report I completed on Austria and PEZ candy when I was 10; the dense history of music and art in Germany; and my several missed opportunities to visit Germany as a teenager. Little by little, my life's details pointed me to German—it was no accident. When I think of the German Department, I think of people, including professors, colleagues, and friends. I am reverently grateful to the individuals from the German Department who impacted my Northwestern career. Were I to start over as a day-one first year student, I would still invest all the time I could in German. Four years after I started coursework in German 101, I am a fluent speaker who will move to Germany to pursue a two-year graduate degree funded by the DAAD. 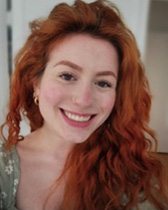 I started studying German in high school when my childhood best friend first connected with her biological family from Switzerland. Taking German together was a way of supporting her in her journey to get to know the people she'd waited her entire life to meet. Little did I know, that experience would spark a deep passion for learning German language, history, and culture. The language came very naturally to me, and Germany's importance in world history cannot be understated. I majored in German at Northwestern as a way to keep learning and keep the language in my life. Although I will not be using it in my data science career, I hope to keep up my skills by consuming more German media, like my favorite Netflix show, Dark. 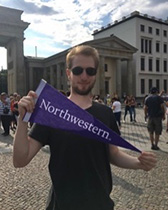 I have been in love with the German language and culture since high school. It was there I began to study German and even had the privilege of studying abroad in Austria, which introduced me to the beautiful, vibrant culture of German-speaking countries. I knew I wanted to major in German at Northwestern, and the German department went above and beyond to nurture my interests. After my first year at Northwestern, I jumped at the opportunity to study abroad in Berlin with Northwestern professors, which turned out to be one of the highlights of my undergraduate career!
In the major, I focused on 20th Century German and Eastern European history and how historical trends have evolved into contemporary German politics in the 21st Century. I greatly enjoyed this topic of study, as it made me feel closer to my family who had experienced that history first-hand. I believe that the German major has taught me to analyze complex issues by considering various, multi-faceted perspectives, a skill which will undoubtedly prove itself fundamental to my future career in medicine. I cannot thank the German department and its myriad of wonderful faculty and staff enough for making my undergraduate years unforgettable! 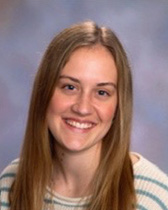 I started studying German because my grandma grew up in Germany and I wanted to learn more about her past and culture, because she often did not talk about it. I have a few cousins in Germany and my twin brother is also taking German at his university so it was a way for us all to connect on a new level. I really enjoyed the German department and classes at Northwestern because it extended way beyond simply language learning. I learned a lot about cultural norms and expectations, history, and food through both the classes offered and the multitudes of various events available for students. As a chemistry major, German was a great addition, not only to diversify my schedule but also for the future. There is a lot of interesting chemistry research going on in Germany, as well as many basic fundamentals and concepts of chemistry that are founded in the German language, so I am hoping to use both aspects of my time at Northwestern in tandem in the future. 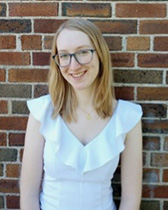 I began learning German in high school, and especially after participating in my high school's two-week German exchange program, I knew I wanted to continue learning the language. Arriving at Northwestern I dove right into the German program, finding a community of passionate educators and friendly students. It was a no-brainer to declare a German minor, and subsequently switch to a double major along with theatre. I have learned so much in the past four years, not only about the language, but also history, culture, literature, and current issues in German-speaking countries. I am also so grateful for my broadened perspective and for all the relationships I have formed along the way. Unfortunately COVID prevented me from studying abroad in Berlin my junior year, but I'm thrilled to say I will be living in Germany next year, teaching English through a Fulbright grant! 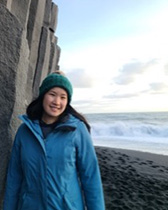 I chose to study German because cross cultural experiences and communication are important values to me. The department has also been a very welcoming community and a wonderful addition to my Northwestern experience. I have learned a lot - from May Ayim to Bauhaus. I am excited to use the knowledge and skills I gained to approach problems in my future career from a more global perspective. 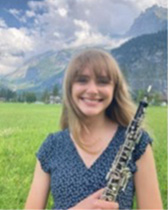 While I had taken German throughout high school, I didn't truly fall in love with the language and culture until I started taking German classes at Northwestern. Although taking German courses (and eventually minoring in it) was not an initial part of my college plan, I am so glad I decided to continue studying German as it has led to so many wonderful experiences and meaningful relationships with both my peers and mentors throughout my time here at Northwestern.  As a Bienen student who plans to study and eventually even work in Germany, learning German has been so relevant to my musical studies as it has given me fresh new perspectives on both classical music and the world around me and I have experienced so many opportunities that I would not have had without German. I am so grateful for the German department and their support and investment in my studies and interests and I can't wait to see where my journey with German will take me. 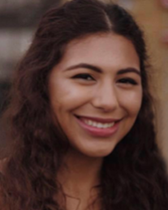 Coming to Northwestern, I was very unsure about what I wanted to study. I was overwhelmed by the amount of choice I had, but one area I knew I wanted to explore was the German language to be able to better communicate with my family in Berlin. The small class size, easy-going atmosphere, and engaging curriculum made my transition to University so easy and I quickly knew I wanted to study as much German as I could during my time at Northwestern. I have taken at least one German class every quarter since coming here and have learned so much not only about the language, but also the culture, history and have utilized my knowledge in my other areas of study. My German minor and working with the amazing faculty in the German department has been one of the most fulfilling aspects of my education here. Although I didn’t get a chance to study in Germany, I am actively looking for career opportunities there and excited to see where my minor takes me. 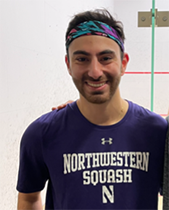 Being that many members of my family emigrated to Germany, I originally began studying German in high school to strengthen my family connection. I continued pursuing German at Northwestern to gain a broader perspective on world affairs and because I enjoyed immersing myself in a foreign culture. I really enjoyed my studies at Northwestern, particularly due to the wide variety of coursework I was able to take. I plan on using my skills in German mostly as a means of communicating with my friends and family who also speak the language. However, I can also see myself continuing to study German to become a certified medical translator in accordance with my ambitions of becoming a physician. 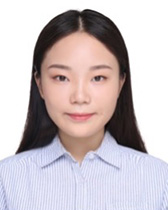 Wendy Li is studying Radio/TV/Film and Art Theory and Practice, with a minor in German. She received the summer undergraduate research grant in April of 2020, and the Friedman-Kline Family Foundation Fellowship intended to defray the cost of studying in German-speaking countries in the summer of 2019. (information from Linkedin) 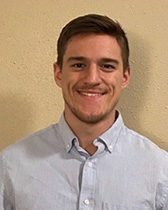 I first started studying German during my first year at Northwestern on a whim while trying to find classes to fulfill my theme requirements for my engineering degree. Not only did I end up really enjoying the class, but I also found a great department that was willing to assist me in any way they could so that I could improve my German skills. Before my first year studying German was finished, I ended up adding a German minor and planning a trip to Germany to take language courses to continue in my German education. I plan on using the German language skills that I obtained at Northwestern to open more opportunities in the international job market and to perhaps one day return to Germany to work. 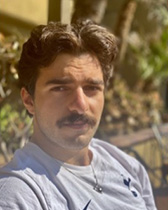 Sam is majoring in Economics and Biology, Pre-medicine, with a German minor. He is currently involved in Northwestern Men’s Rugby, Relay for Life, WNUR-FM, Northwestern Art Review, and Effective Altruism. He is a researcher in Neal Blair Biogeochemistry Lab, and a technician at the Illinois Glaucoma Center (information from Linkedin) 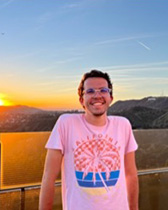 My time spent in the German department has been the most impactful part of my Northwestern experience.  I started taking German classes on a whim my freshman year but with much encouragement and support from the department I managed to attend language school in Bremen, Germany the summer after my first year.  Instilled with a newfound passion for German, language learning and international relations after my trip; I have been intent on making my way back to Europe ever since.  My past four years as a business German minor have equipped me with cultural and historical knowledge critical for living and working in Germany.  Although my post-graduate plans are not yet set in stone, I will either be studying or working in Europe the following year, in no small part due to assistance from the German department faculty. I’m sincerely grateful to everyone in the department for taking the time to listen to my ever-changing future plans and pointing me in the right direction- towards Deutschland!
Back to top