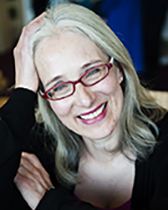 Christine Helmer (Ph.D. Yale) is the Peter B. Ritzma Professor of the Humanities at Northwestern University, and Professor of German, with a courtesy appointment in the Department of Religious Studies. In 2017 she was awarded an honorary doctorate in theology from the University of Helsinki for her work on German reformer Martin Luther, as well as for her commitment to theology as an important contributor to the intellectual life of the university. During the academic year 2017-2018, she was Visiting Corcoran Chair in the Center for Christian-Jewish Relations at Boston College, researching Luther’s anti-Judaism in his biblical interpretation.

Professor Helmer’s area of research and teaching specialization is Christian theology from historical, systematic, and constructive perspectives. Her work is focused on German intellectual history with interest in the theology of Martin Luther, the philosophy and theology of Friedrich Schleiermacher, and the flourishing of scholarship on Luther and on religion in early twentieth-century Germany, known as the Luther Renaissance. Her recent book How Luther Became the Reformer (Westminster John Knox 2019) traces the story of how early twentieth-century German theologians constructed the myth of the “Here I stand Luther” as of modernity at the end of the First World War. Professor Helmer argues that the construction of this myth was decisively anti-Catholic and anti-Jewish in addition to bearing the seeds of fascism that would become full-blown in 1932. The book closes with a prescription to study the medieval Catholic Luther to reorient contemporary culture to the value of human dignity in . She is also interested in ways in which theologians can make knowledge claims about God; the emerging discipline of biblical reception; theology’s conversation with the modern study of religion; and how the theological perspective contributes to the humanities.

Professor Helmer has a longstanding interest in Christian doctrine. Her book, Theology and the End of Doctrine (Westminster John Knox Press 2014), also available in Korean translation, offers a historical analysis of theology’s preoccupation with doctrine over the last century, of the disrepute into which doctrine subsequently fell, and a constructive proposal for renewing doctrinal production as a creative enterprise. Her first monograph, The Trinity and Martin Luther, reprinted as a second edition in 2017 (Lexham Press), concerns the doctrine of the Trinity and Luther’s use of philosophy to articulate Christian theology. Dr. Helmer is the author of many articles as well as editor (and co-editor) of numerous volumes in biblical theology, philosophy of religion, Schleiermacher studies, and Luther studies. Her collaborative work over the past years has focused on philosophical and theological continuities between medieval thought and Luther, represented in the edited volume, The Medieval Luther (Mohr Siebeck 2020).  She has recently founded a group called “Lutheran Scholars of Religion” that aims to articulate theologies addressing urgent cultural, religious, climatological, and political challenges.

Professor Helmer’s research has been supported by the German Academic Exchange Service (DAAD) and the Humboldt Foundation. During 2012-2013 she was the Marie Curie EURIAS (European Institutes of Advanced Study) Fellow at the Helsinki Collegium of Advanced Studies in Helsinki, Finland. During 2014-2105, she was a Research Fellow in the Philosophy and Theology of Humility Project, based at Saint Louis University.

Professor Helmer is Associate Chair of Willard Residential She teaches undergraduate courses on key religious thinkers in western thought, religion sports, and the popular “Why College?” class. Her course “Luther and the West” is available as a free massive open online course (MOOC) at www.coursera.org/learn/luther-and-the-west. Students interested in applying for graduate work with Dr. Helmer should do so through the Department of German.

One Scripture or Many? Canon from Biblical, Theological, and Philosophical Perspectives. Edited by Christine Helmer and Christof Landmesser. Oxford: Oxford University Press, 2004.

Conference video: “What is Distinctive about the Fifth Centenary of the Protestant Reformation?,” at Georgetown University, Sept. 15, 2017.

Conference video: “Luther, the Age of the Individual: 500 Years Ago Today,” at Columbia University’s Center on Capitalism and Society, Oct. 31, 2017.

: “Martin Luther and the History of Human Rights,” Pozen Family Center for Human Rights at The University of Chicago, Oct. 30, 2017.

Podcast: "Conversation about Theology and the End of Doctrine," with Tripp Fuller, posted by Homebrewed Christianity, Oct. 9, 2014.