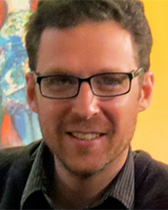 Professor Ryder is the German Study Abroad advisor and advisor of the Minor in Business German. Previous positions included Director of the Basic Language Program in the Germanic studies department at UIC (2014-2017), postdoctoral Research Fellow at the International Graduate Centre for the Study of Culture (GCSC), and Visiting Professor at the University of Chicago. He completed his PhD in German and Comparative Literary Studies at Northwestern University in 2009. Published in March 2022, his first book, The Acoustical Unconscious: from Walter Benjamin to Alexander Kluge, explores the psychological, media-historical and theoretical implications of the acoustical unconscious, which he extrapolates from both Walter Benjamin’s “optical unconscious” and his theory of language. He is currently working on the semantic and paronymic relations of certain words in Kafka’s “In the Penal Colony,” as well as an edited volume on Walter Benjamin and music. While his teaching is currently focused on the Business German sequence, he has also taught German courses on the German radio play and graphic novel, a freshman seminar on the intersection of man and technology (“Human and Machine”), and a course on both Beethoven’s Ninth Symphony (“Clockwork Ode: from Schiller to Kubrick”) and hell (“Comparative Narratives of Descent”).