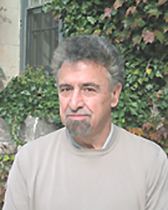 Professor Volker Dürr, a professor of German, who taught at Northwestern from 1973 until his retirement in 2008, died on May 11th of this year in his hometown of Rockenhausen, Germany. Professor Dürr received his Ph.D. from Princeton University in 1973 in the Comparative Literature Department with a specialization in modern European literature. His dissertation compared the works of Gottfried Keller with those of Gustav Flaubert. Among the many projects he undertook while at Princeton was the careful examination of the manuscripts of Hermann Broch, whose literary archive had recently been acquired by Princeton. Soon after Professor Dürr completed his dissertation he was appointed to the position of assistant professor in the German Department at Northwestern. Upon his promotion he became one of the founding members of the Program in Comparative Literature and Theory.

Professor Dürr was a highly active scholar of modern European literature, with expertise in both the French and German literary traditions. He wrote a wide variety of articles, which ranged from the theology of Gotthold Ephraim Lessing to the mode of literary criticism practiced by his colleague Erich Heller. One of the major poles of his inquiries into the German literary tradition were the poetry and prose of Goethe, which was the subject-matter of five essays; but he also published essays on the poetry of Eduard Mörike and Gottfried Benn, among others.

Professor Dürr was a renowned expert on the writings of Rainer Maria Rilke, having published numerous essays and his final book R.M. Rilke: The Trajectory of the Poet (2006). He also made a major scholarly contribution to the study of Flaubert with several articles and his monograph, Flaubert’s Salammbô: The Ancient Orient as a Political Allegory of Nineteenth-Century France (2002). He was also the editor or co-editor of several collections of essays, including Versuche zu Goethe, Festschrift für Erich Heller (1976), Imperial Germany (1985), Nietzsche: Literature and Values (1988), and Coping with the Past (1990).

A beloved teacher, Professor Dürr’s lecture course on modern European literature often attracted more than 150 students, and was a rite of passage for a generation of Northwestern undergraduates. He taught at all levels, developing a large following among students who enjoyed his immense knowledge and subtle humor. The patois of student evaluations captures some of the excitement his classes engendered: “A blitzkrieg of knowledge,” one student wrote, “Every aspect of German history and culture, as well as much of European history, was dealt with thoroughly and in a fascinating manner.” Students were often astonished by the breadth of his knowledge, prompting one graduate students to call him a Wikipedia before its invention. As the chair of the German Department for many years in the 1980s and ‘90s, he successfully steered the department and mentored the faculty amidst many major changes both in the profession and at the university. Above all, he sought to create an environment in which the serious study of literature could be conducted, fostered, and developed. He is missed by his colleagues.