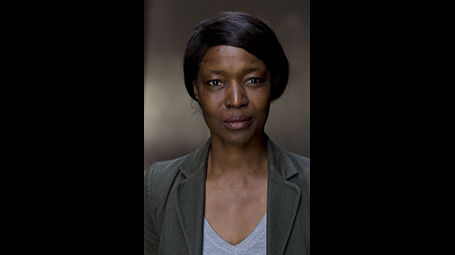 Sheri Hagen is a German director, screenwriter and actress from Berlin. Born in Lagos/Nigeria, grown up in Hamburg, Sheri Hagen completed her training at the Hamburg “Stage School of Dance and Drama” and at the “Studio Theater an der Wien” in Austria. Besides numerous works for film and television (e.g. The Live of Others, Baal, Tatort, Sperling, On the Inside) she has appeared in various theatre productions. As a screenwriter and director, she first made her appearance in 2007 with the short film STELLA AND THE STORKS. The children's short film was shown successfully at international festivals (including mo&friese and Chicago Int. Children's Film Festival). The 23rd International Film Festival Emden-Norderney awarded Sheri Hagen in 2012 the special prize "Ein Schreibtisch am Meer" for her debut feature film AT SECOND GLANCE. In 2013 she won the 4th Kirchen Filmfestival Recklinghausen. In autumn 2013 Barnsteiner-Film brought the feature film to the German theatres.  In 2015 Sheri Hagen founded the production company Equality Film GmbH. Since then, the production company has focused on telling films with exciting strong stories that show a complex and diverse society. In her second feature film FENSTER BLAU (2016) Sheri Hagen adapted the play MOLES WINDOW BLUE by Sasha Marina Salzmann.  Sheri Hagen is currently preparing further feature films in which she will appear as author, director and creative producer. The films BILLIE and MOTHERHOOD (WT), as well as the Series CORPS (WT) are currently in the production process and the development stage.

You will find class descriptions as well as titles for required books for Spring 2021 below and we hope you will check us out whether you consider starting to learn German or continue with your studies in a supportive course environment. If you have questions about enrolling in any of our engaging courses, please contact us (or schedule a virtual meeting) and we will arrange for a zoom conversation with you.

We have an exceptional teaching faculty, who make every effort to approach learning from a variety of angles to offer classes that are engaging and motivating, intellectually fulfilling, and, at the same time, broaden and deepen learning.
Learn More

Our faculty are engaged in a range of projects, many involving cross-disciplinary issues, such as critical theory, theories of reading, psychoanalysis, Jewish studies, the history of science, and the role of technology in learning and teaching in the field of Second Language Acquisition.
Learn More

We in the faculty of the Department of German at Northwestern University have responded with alarm and dismay to last week’s communications by the university leadership on the current protests in Evanston. The protests have focused on the problem of racist policing at Northwestern, but they also clearly address a larger history of social injustice, exclusion, and racialized violence, both at Northwestern and in society at large. We stand in solidarity with our colleagues and students, including NU Community Not Cops, in affirming our commitment to racial justice and to taking concrete measures towards anti-racist institutional transformation. We urge university leadership to swiftly, publicly, and decisively act to redress the legitimate grievances of student activists and to grasp the opportunity for our campus community to foster a climate of true listening and open, non-defensive exchange.

Join us for a conversation with Erica Weitzman, Arne Höcker, & the Northwestern German Department    At the Limit of the Obscene  writt...

The Identity Document and the Documentary Gesture: Notes from Sou...

Christine Helmer Named Peter B. Ritzma Professor in the Humanities